Learn more about UBC's COVID-19 response and the latest update on masks.

Lauren transferred to UBC from a mid-sized university in Ontario.

At the time of sharing her story and tips, Lauren Quong was in her 5th year of a Biology co-op degree at UBC Vancouver. She grew up in Whitehorse, Yukon. She loves studying animal behaviour/ecology and human biology courses. She has a weirdly good memory for movie and book quotes and characters, but has absolutely no memory for real-people names. Here's her transfer student story: 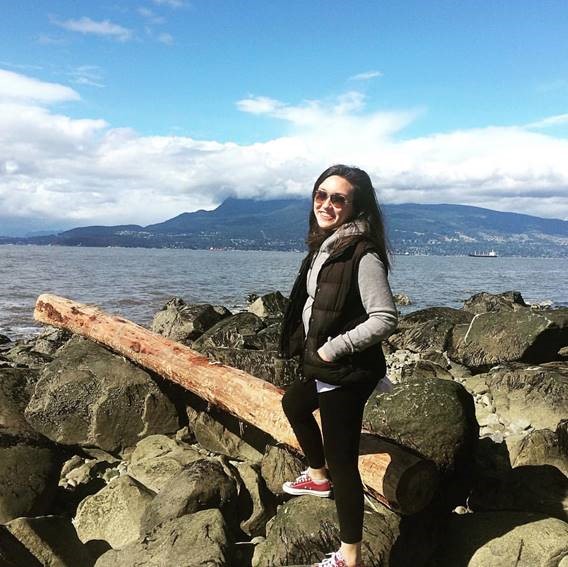 I started university in Ontario because I wanted to see if I could do well without my family around me (they all live in BC and in the Yukon). I soon realized that my family would always be around anyway - there was no reason to distance myself from them and Ontario was too cold for me. Soon after I arrived, I started the transfer back to UBC, and I am so glad I did! Although it was a big adjustment, I felt like I was in the right place.

It’s hard to compare between schools, as I transferred after my first year and didn’t need to repeat any courses. It does seem like UBC required more application of knowledge/concepts than my classes at the other university did. I remember that I was excited to dig deep into the subjects that I had studied in first year – I was surprised when we didn’t dig as deeply as I expected or it turned out that the material wasn’t as exciting to me as I had hoped.  I found that the learning expectations were often less explicit than they had been at my former school. The learning expectations were confusing for me at times, but I’ve realized that working through ambiguity is an important skill in real life situations! I found it definitely tested my adaptability and ability to stay organized on my own! I also felt overwhelmed immediately by the large size of the campus.

One of the biggest challenges transfer students can face is making friends. Unlike first-year, you will not necessarily be placed where you’ll make connections based on proximity. I met most of my friends through classes and clubs, and through friends that were already here.

I joined a few clubs on Clubs Days, held at the beginning of each academic year. I also had heard about some clubs through friends. If you’re interested in something, it’s highly probable that there’s a club for it at UBC- all you’d have to do is search “____ Club UBC”. I highly encourage joining clubs, but often many organic interactions can be had in class, too.

Don’t be afraid to sit next to someone and start complaining about the UBC Academic Calendar! That’s how I met my best friend.

If I could go back and do it again, I think I’d join fewer clubs. I’d choose a couple and get really into them rather than shallowly into multiple clubs. It was good to join a number of them to get a feel for what I like, but I should have downsized much sooner – time gets away from you! I think it took me far too long to see that UBC does try to do its best to provide students with resources – it’s hard to notice if you aren’t a part of the community that’s trying to provide those resources (e.g. your Orientation Leaders, student groups like SCI Team and the Science Peer Academic Coaches, the Science Undergraduate Society). Although the UBC administration may seem distant, it does its best to keep students from feeling like just a number. Through joining clubs like Speakeasy and Imagine UBC, I realized that students can take some responsibility to ensure that our campus community is supported. As part of the supporting team, I came to feel more a part of the community. That really made all the difference in my perception of UBC. Once I realized this, I felt much more at home and part of a wider community.

What Can I Do with my Science Degree?

Get tips and resources

Things to Think About in Your First Year

Get ready for university with these online courses