How UBC women in STEM are supporting each other to succeed

February 11th is the United Nations International Day of Women and Girls in Science.

Role models for women in Science, Tech, Engineering and Medicine (STEM) are important: 2010 statistics in Canada show women made up 44 per cent of first-year STEM students aged 19 and under in undergraduate degree programs, with representation lower in physical and chemical sciences at 32 per cent, engineering and engineering technology at 19 per cent, and mathematics and computer and information sciences at 28 per cent.

At the UBC Stewart Blusson Quantum Matter Institute, four women scholars inspired each other throughout their careers to succeed, despite moments of uncertainty.

It was slowly made clear to UBC Professor Mona Berciu that women studying physics was out of the ordinary in Canada when she immigrated from Romania in 1994. In 2001, uncertain about her desire to remain in the field, Dr. Berciu gave a faculty candidate talk describing her work in condensed matter theory. In the audience was Dr. Sarah Burke, now associate professor of chemistry and physics at UBC, who was blown away. “It was really nice to see a woman interviewing and crushing it as a potential faculty member.”

In 2013, feeling alone and overwhelmed with her husband in hospital and unsure of whether she should continue in quantum matter research, Dr. Burke gave a talk about her work viewing materials at atomic levels to understand electronic and optoelectronic processes. Dr. Alannah Hallas, an assistant professor in physics at UBC, was in the audience. “She was an early career researcher, doing amazing science, and a woman; it was the first time I had encountered someone in this field that I could relate to.”

Dr. Hallas works in quantum materials discovery, aiming to create materials that don’t exist in nature and could have unique properties. In other words, she grows crystals in her lab. When Samikshya Sahu, a doctoral student working with Dr. Hallas, was considering graduate schools in 2019,  Dr. Hallas was part of the reason she chose UBC. “You’re more inspired when you see women who are good at what they do. I feel like I can do it too.” 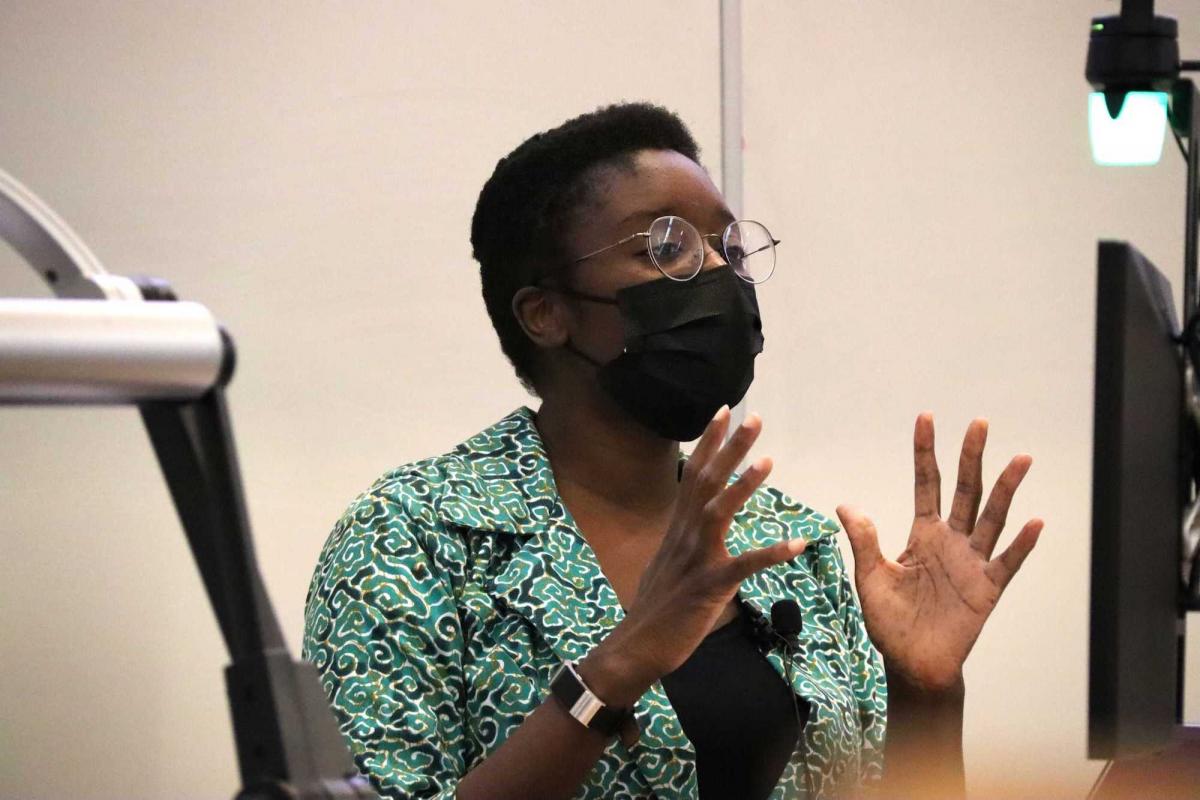 Being a Black woman in STEM can be isolating, says Dr. Oluwakemi Ola, an assistant professor of teaching in UBC’s Department of Computer Science. Ongoing microaggressions and a fundamentally broken system create a pressure to perform for Black scholars. “You’re a minority of minorities to be Black in computer science. It’s not my job to represent Black scholars, but if you’re the only Black person in the room, and you screw it up, what happens to all the other Black graduate students?”

As a consequence, Dr. Ola says, scholars of colour may feel they can’t be vulnerable with mentors who don’t understand these barriers, feeling they have to constantly demonstrate their excellence, and don’t have anywhere to turn when struggling.

One solution for change is to ‘fill’ the pipeline, encouraging children of colour from kindergarten on to consider STEM as a career option, Dr. Ola says. An immediate change we can all make is to be cheerleaders for women, and people of colour, in STEM. Her own cheerleader in graduate school, Laura Reid, helped Dr. Ola realize a career in STEM teaching was possible, and encouraged her to apply for positions. At UBC, she is unofficially mentored by three women scholars, and herself mentors three faculty, two outside of UBC, who are women of colour, as well as a number of students.

For allies and others, being vulnerable and sharing stories, including failures, is key to creating genuine safe spaces. “What I need to thrive is knowing I can bring my full self into the room and be accepted. You can’t expect marginalized, underrepresented people to come up to you and share their story if you haven’t done so first.”

See each other in our differences

Academia was never designed for Indigenous scholarship. Dr. Tabitha Robin Martens, an assistant professor in the Faculty of Land and Food Systems, was told this by an Elder as a graduate student, and has had countless examples since, including having to defend her scholarship. “You have thoughts like, ‘should I stay? Is this the place for me?’ It helps to understand that academia was not designed for Indigenous scholars or scholarship—but things are changing.”

Dr. Martens credits her Indigeneous mentors, Drs. Jaime Cidro at the University of Winnipeg and Michael Hart at the University of Calgary, with raising her academically. They helped her navigate the system, including passing on opportunities to present, or inviting her to participate in, and later lead, grants. As Indigenous mentors, they also helped Dr. Martens understand the richness of Indigenous knowledge, and its equal validity to traditional academic knowledge. “They see you, they understand the struggles of academia and are beside you on your journey.”

Role modeling is core to Indigenous culture, Dr. Martens says, with Dr. Cidro modeling how to be a strong woman in a leadership position. Dr. Margaret Moss volunteered to be her mentor at UBC and Indigenous scholars at the university have been wonderful in reaching out since Dr. Martens started in September. But much of the work of Indigenous mentors is invisible, she says, as it goes unrecognized by academia. “Mentors show you what is possible, and it is possible to create positive, generative spaces for Indigenous scholarship within academia.” 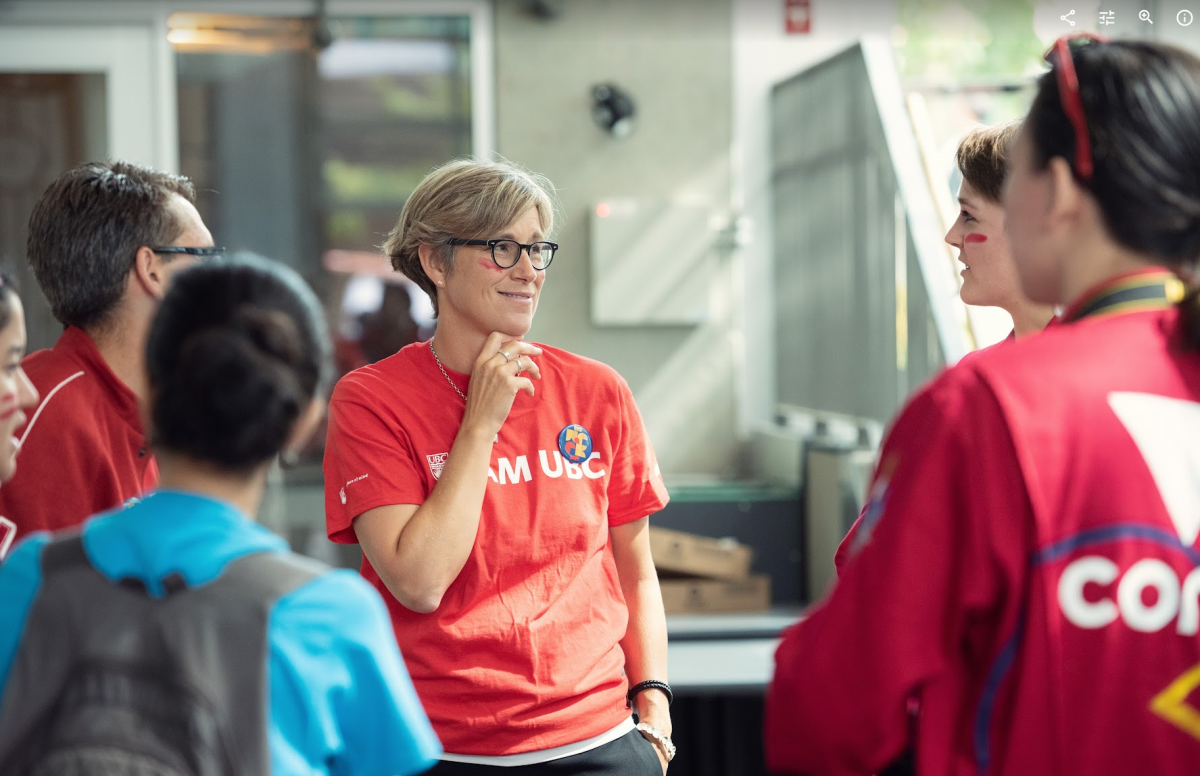 To be inclusive is to be a good engineer

When Dr. Sheryl Staub-French, professor of civil engineering, was a young academic at UBC, there weren’t many women faculty members in applied science, let alone women professors who were 2SLGBTQIA+. “Finding other out lesbians or queer folks in academia would have been amazing, just like it is so important to see women in faculty positions.”

But being inclusive is part of being a good engineer, she says. Now associate dean of equity, diversity and inclusion in the Faculty of Applied Science, Dr. Staub-French says STEM is a team sport. “It takes teams of people together to make things work, so we all have to understand the social context in which we work and who we serve.”

While people expressing surprise at same-sex couples having children is thankfully less common these days (“people would ask, ‘well, what will the baby call you?’”), it’s important we have discussions about privilege in academia, and the fact that it hasn’t been inclusive, Dr. Staub-French says. Her biggest challenge has been navigating STEM as a woman, likely because it’s often visually identifiable, but this can also make it harder to find other 2SLGBTQIA+ identifying folks, she says.

She credits Dr. Elizabeth Croft, vice-president academic and provost at the University of Victoria, for her early mentorship, role modelling having a successful career and a family, and helping her find a community of women scholars. “A lot of my feelings of not belonging, I blamed myself for and she was instrumental in helping me understand it wasn’t all me.”

The faculty is working hard to create more inclusive environments, Dr. Staub-French says, including equity committees for every department, regular events for women faculty and students to build community, and a queer faculty affinity group in the works.

What’s the story at UBC?

UBC offers faculty mentoring programs, funding for peer-organized workshops exploring career-planning issues faced by women science graduate students and post-doctoral fellows, the Vivien Srivastava child-care stipend for postdoctoral fellows and graduate students, the Quantum Pathways program, and student organizations such as the Women in Engineering and Gears and Queers groups. The university also offers an Indigenous, Black and People of Colour (IBPOC) STEM Network. In 2020, Dr. Naznin Virji-Babul, a STEM professor, was appointed senior advisor to the provost on women and gender-diverse faculty.

And while there is much more that needs to be done, things are improving, the scholars agree. “I can’t remember the last time I was the only woman in a room of men,” says Dr. Berciu.

“She was an early career researcher, doing amazing science, and a woman; it was the first time I had encountered someone in this field that I could relate to.”

Space rocket junk could have deadly consequences unless governments act