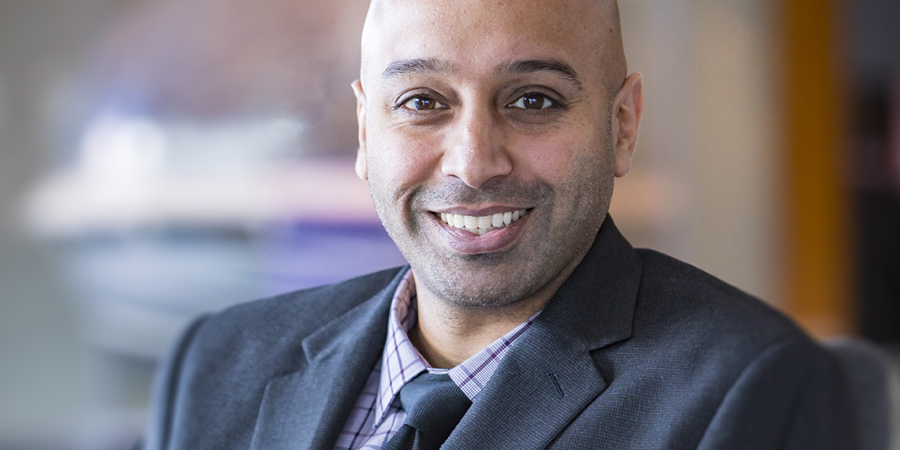 How did you decide to go into astrophysics?

I’ve always had a curiosity for the night sky. As a young kid, I looked up and asked myself what I was seeing and how I fit in. Were the stars in the night sky like my ’local neighborhood‘ or was I seeing the entire Universe? While I could get answers by reading a book, space is so complex that my curiosity only grew with time. Attending high school in Quesnel, British Columbia, I fell in love with physics. My teacher, Ray Blais, was an astronomer and weaved astrophysics into our physics discussions. I knew I wanted to expand humanity’s understanding of the cosmos and to define our place in the Universe. I entered UBC in a joint Honours Physics and Astronomy program and never looked back.

It’s incredibly challenging and highly rewarding. APL is the largest university-affiliated research center in the USA, with 7,000 people, mostly engineers and scientists. The civil space program is one of only three organizations in the USA with end-to-end capabilities to conceive, design, build, test and operate major NASA space science missions. Over the past 20 years, we’ve built spacecraft to fly through the outer atmosphere of the Sun (Parker Solar Probe), explore the scorched planet Mercury (MESSENGER), fly through the radiation belts that surround Earth (Van Allen Probes), and venture to the furthest reaches of the Solar System beyond Pluto (New Horizons). We’re now building NASA’s first planetary defense mission to deflect the orbit of an asteroid (DART), a flagship mission to explore habitability on Jupiter’s ocean moon Europa (Europa Clipper), and a nuclear-powered octocopter to fly on Saturn’s moon, Titan!

Could you tell us about DART? It sounds like something out of the movies.

That was my reaction too! Our planet is peppered with asteroids all the time. Once every two weeks, we’re hit with a space rock about a metre across. We’ve also seen much larger collisions, like the explosion of a 20-meter asteroid over Chelyabinsk Russia in 2013. That released 20 to 30 times the energy of a WWII atomic bomb. The idea behind DART is to fly a spacecraft at very high speed (6 km/s) into an asteroid to change its speed. We picked a binary asteroid system called Didymos to test—a small 160-metre moon in orbit around a larger one kilometre-wide asteroid. DART will hit the smaller object and change its orbit around the primary. We can measure the change easily using ground-based telescopes. DART launches next year, and we’re also already thinking of other technologies to protect our planet from space rocks.

What is something that people might find surprising about your work?

What’s your favorite part of your job?

Most of our time in civil space is spent designing, building, integrating and testing space flight hardware—so it’s deeply satisfying when we achieve success. But my favorite part of the job is seeing the scientific discoveries after we launch spacecraft. This is the reason that we’re in the game and why I became a scientist: to expand our understanding of the Universe.

You also have an interest in outreach. Why is communicating science important to you?

Science communication is essential. NASA is entirely supported by tax payers, and they deserve to know how we’re spending their money. Historically, a small number of amazing people have put their research careers aside to explain space science to the public. Today, there’s a growing interest in my generation to be part of educating the public on what we do. I’ve played a leadership role in this by being very active in visiting schools, museums, libraries, giving public lectures, maintaining an active social media campaign, participating in documentaries and films.  Hopefully, by educating people on how we can use science to address the biggest challenges facing us on the grandest scales (for example, space science), we can encourage the use of fact-based and predictive approaches in more of our day-to-day decisions on Earth.