From curling to coding 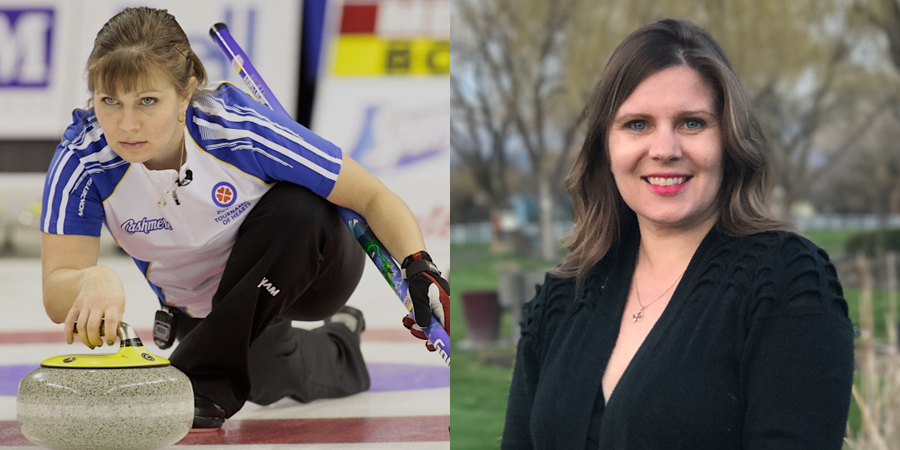 Jacquie Armstrong (BSc 1999) is Director of technology and guest experience for The Walt Disney Company’s Kelowna Studio. She discusses what athletics taught her about business, and shares advice for women who want to own the house in computer science.

So you are a retired competitive curler.

My parents both played and I spent many hours as a child in a curling club. After I graduated from UBC I played at the highest levels of the game, a four-time competitor at the Scotties Tournament of Hearts and a participant in the 2009 Olympic trials, retiring from competition in 2012. There’s a lot of learning from high-level sports that’s applicable to business.

One of the most important aspects is understanding how team dynamics and communication impact performance of a team. It teaches you how to have difficult conversations with others about their performance or commitment and honestly assess your own.   Ensuring there are goals defined and everybody is aligned on how to get there, and how to manage high pressure situations, adversity and work-life-sport balance.

It’s interesting that you mention teamwork, because when we think of computer programmers we tend to think of loners.

Find a mentor, someone you admire and talk to them. Be willing to question the status quo and ask “Is this really normal?” or “Should it be normal?” And don’t be afraid to take a leap of faith. Some people tell me I don’t look like a software engineer and I wonder, “What am I supposed to look like?” There’s no one mold.

One thing that really gave me the confidence to pursue my first real job was the co-op program I completed, I would highly recommend a co-op or intern opportunity if there is one available.

There’s something very cool about working for The Mouse. There’s a wonderful camaraderie and it is very easy to understand how your contributions help make Disney memories for our guests. It’s also a big company. Disney isn’t just theme parks or animated movies, it’s a huge family. It’s ABC, ESPN, Pixar, Marvel, Lucasfilm and now National Geographic and Fox. There are endless opportunities for technology and transformation. The only downside is people automatically assume I’m an animator. I’m not. But I can draw stick-figure people with the best of them.